Robin & Richard Buxbaum
Proprietors
A mutual love for antiques led to Robin and Richard opening Antiques on Old Plank Road in 1992, when the first location was in Westmont, Illinois. As the owners, the Buxbaums are still very much involved with their growing business: while Robin curates the appearance of the store and the buying of furniture from France or by consignment, Richard remains “the man behind the curtain,” talking to suppliers, designers and potential buyers on any given day. 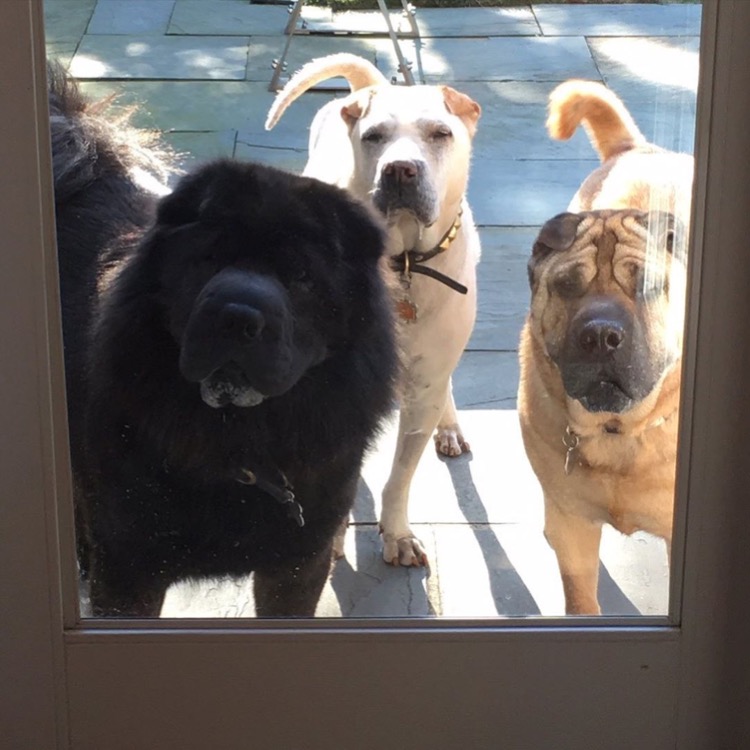 Charlie, Fushi and Henry
Resident Security Team (our three lovable shar-peis)
While shopping at our showroom, you will instantly be greeted warmly by our three shar-peis. They love people but sometimes can initially be a little bit intimidating while first entering our showroom. Fushi, a black furry-part sharpei and we think part chow, is our official greeter. Followed by Charlie and Henry.....